A project to convert the Schiedam - Hook of Holland Line from heavy rail to light metro and link it to the Rotterdam metro network is facing further delays which could push the reopening of the line into 2019. 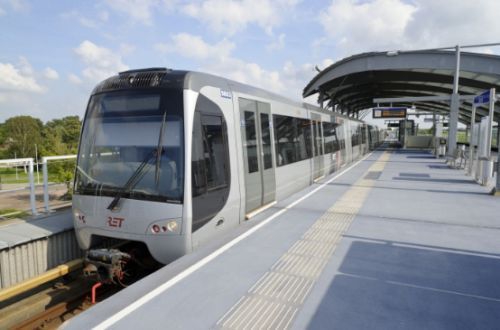 The line was originally scheduled to reopen in September 2017, becoming part of the Randstadrail network, but the completion date was pushed back to February 2018 soon after the start of construction due to the discovery of asbestos and polluted soil. In December 2017 it was confirmed that further constructional difficulties would delay the opening again, this time until the end of 2018.

However, it now appears that the line will not open until next year as problems have been reported with the signalling and safety software. The manufacturer, Bombardier, has stated that it expects the problems to be resolved by November, but Rotterdam Municipal Council says that a fourth-quarter opening for the link between the Rotterdam metro and the Hook of Holland Line at Schiedam has become “highly insecure.”

The latest delay is not expected to add to the cost of the project, unlike the first deferral, which added €90m to the final bill.

Work is expected to begin soon on a short extension of the line beyond the current Hook of Holland station to a new terminus near the town’s beach after a court rejected appeals against the project.

Until the early 1990s the line was used by international trains from Switzerland, Austria, Denmark, Poland and Russia, which connected with ferries from Hook of Holland to Harwich in England.

Following the opening of the Channel Tunnel, these services were withdrawn leaving only regional trains and Rotterdam suburban services.

The line was closed in March 2017 for conversion to a light metro, although part of the line will still be accessible for freight trains serving port facilities on the north bank of the river.