THE Panamanian cabinet granted Panama Metro approval on July 21 to proceed with the acquisition of 70 additional metro cars to increase capacity on Panama City metro Line 1. 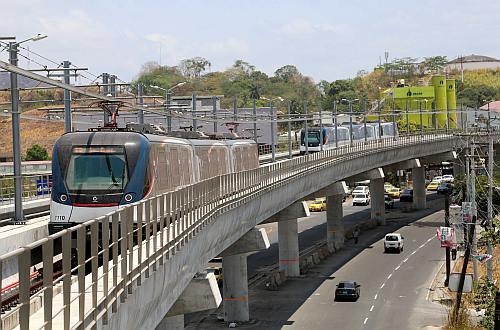 The order will enable Panama Metro to lengthen its trains from three to five cars and increase the fleet from 19 to 26 trains. The total cost of the project is $US 157m, including alterations to stabling and maintenance facilities. The first additional vehicles will arrive in Panama at the end of next year and deliveries will be completed by 2019.

The extra vehicles will need to be compatible with the existing fleet of Alstom Metropolis trains, indicating that a follow-on order will be placed with this manufacturer.

Traffic on the 13.7km north-south line from Los Andes to Albrook has grown rapidly since its inauguration in April 2014 and weekday ridership has now reached around 215,000 passengers. Ridership on Line 1 is expected to increase further with the opening of Line 2, which will operate from the outset with five-car trains.