27 light metro trains to enter service over the next two years. 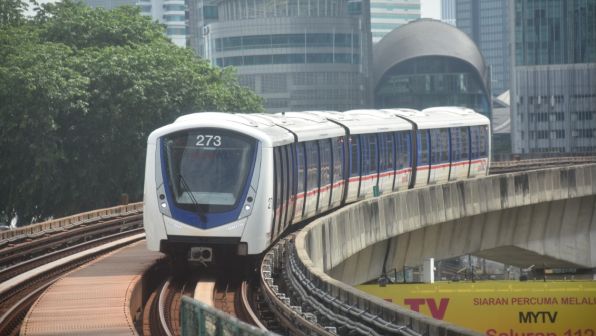 The new trains are part of the Ringgits 1.72bn ($US 385.69m) Kuala Lumpur Additional Vehicles (KLAV) 27 project. The Innovia Metro 300 trains were supplied by Bombardier. Following the latter’s acquisition by Alstom, the latest trains will be produced by this manufacturer in collaboration with Hartasuma, Malaysia.

Eight of the trains will begin operating from July 2023 , with the remaining 19 trains expected to begin service on the route by the end of 2024.

Work is also set to conclude this year on a Ringgits 800m project to refurbish and extend the Kelana Jaya Line's original fleet of 34 two-car trains to four-cars. The boost in fleet capacity is required to meet an expected increase in demand after the complete Putrajaya heavy metro line opens in January.

The initial 17.5km phase with 12 stations opened on June 16. This includes the 5.4km westernmost section between Kwasa Damansara and Sungai Buloh, which opened as part of the Kajang Line in 2016, and a new stretch of line between Sungai Buloh and Kampang Batu. Intensive testing and commissioning is continuing on the remaining 34.7km of the line from Kampang Batu to Putrajaya Sentral. This section has 24 stations, including 11 undergroun in a 13.5km tunnel that runs beneath the city centre.

At a press conference held following a tour of the Hartasuma production facility in Pulau Indah, where he witnessed the assembly of bogies and final assembly, Wee said the trains must go through the necessary safety procedures and run for several thousand kilometres before they can operate in regular service.

He added that Hartasuma’s initiatives to engage with institutions such as the Science University of Malaysia (USM), the University of Kuala Lumpur and the Tun Hussein Onn Malaysia University (UTHM) had played a critical part in creating rail industry professionals in the country.

Alstom is also continuing to invest in production facilities and workforce training in Malaysia, as well as helping to develop local expertise through the Institution of Railway Signal Engineers (IRSE) licensing scheme for engineers and technicians.

Final assembly and interior fit-out of the new Kelana Jaya trains will be carried out at Alstom’s Westport facility in Malaysia.

The August issue of IRJ will include an in-depth report on urban transport projects in Kuala Lumpur.