THE second and final 14.4km phase of the Nekrasov metro Line 15 was opened by the mayor of Moscow, Mr Sergey Sobyanin, on March 27. 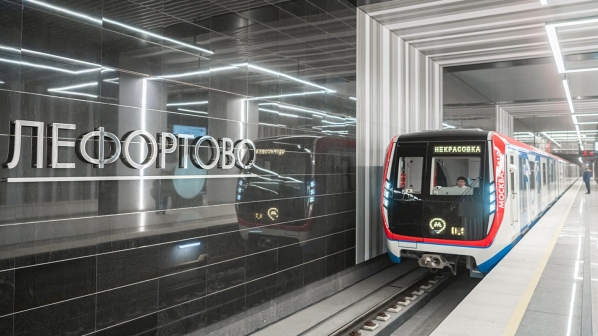 The Nizhegorodskaya - Lefortovo section will eventually connect to Elektrozavodskaya, forming part of the Great Ring Line (BKL). Line 15 will then terminate at Nizhegorodskaya.

The double-track line has been constructed in a 10m-diamater tunnel from Kosino to Nizhegorodskaya. Moscow Metro says this improves safety, as it takes 16 minutes to evacuate passengers through a double-track tunnel compared with 40 minutes in a single track tunnel.

A depot has been built at Rudnevo, which employs more than 320 staff. Following the commissioning at the second stage of the depot later this year, the facility will be able to stable 48 trains, maintain one train and clean 20 trains.