THE mayor of Moscow Mr Sergey Sobyanin and Russia’s special presidential representative for environmental protection Mr Sergey Ivanov attended a ceremony on February 26 to mark the inauguration of the first completed section of the Large Circle Line (Line 11). 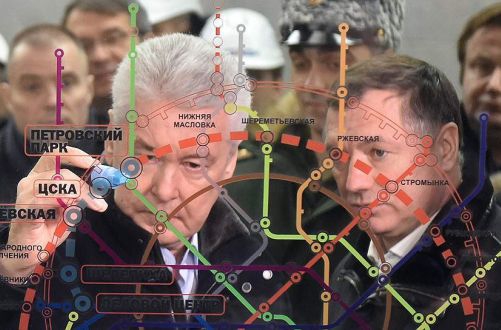 The 10.5km section of Line from Delovoy Tsentr to Petrovsky Park serves five stations, including interchanges with lines 2, 4, 7, and 8a. The line will improve access to five districts in the west of the city which are home to more than 480,000 people.

Sobyanin said at the opening ceremony that the remainder of the 67km line will be completed within five years. The Large Circle will also take over the existing 3.3km Line 11 from Kashirskaya to Sevastopol’skaya in the south of the city.

The opening of the first section of the Large Circle takes the total length of the Moscow metro network to 360km with 212 stations.