MOSCOW Metro opened a 15.3km-long extension to the Solntsevo Line (Line 8A) from Ramenki station southwest to Rasskazovka station on August 30, the longest single section ever opened in the Russian capital. 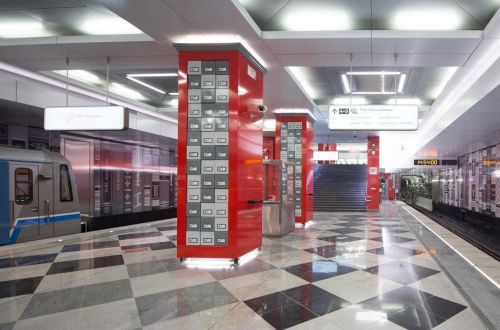 The seven-station section is the largest project to open since the Serpukhovsko - Timiryazevskaya section of Line 9 opened in 1983.

The seven-station section, opened by Moscow mayor Mr Sergei Sobyanin, is also the largest project to open since the Serpukhovsko - Timiryazevskaya section of Line 9 opened in 1983.

The third phase of the line reduces travel time from the Novo-Peredelkino and Solntsevo districts to Moscow city centre by up to an hour to 40 minutes.

The 31km Solntsevo line, which was approved by Sobyanin in 2011, was initially set to terminate at Solntsev but the plans were extended in 2013 at the request of residents. The 3.4km-long first section from Delovoy Tsentr to Park Pobedy opened in early 2014, while the 7.3km-long second phase from Park Pobedy to Ramenok opened in March 2017. A 5km-long fourth section is planned to connect Rasskazovka with Vnukovo on the main line, improving connections to Vnukovo International Airport.

The project, constructed by Moscow-based contractor Mosinzhproekt, also includes the 26.3 hectare Solntsevo depot, which will service and repair rolling stock for the Solntsevo line and the first section of the Bolshoi ring line.

The depot, which will employ around 1500 staff, includes train washing facilities.