THE Serbian government has signed a Memorandum of Understanding (MoU) with representatives from Alstom and Egis, France, and PowerChina, to support the construction of the €4.4bn two-line Belgrade Metro, work on which is due to begin later this year. 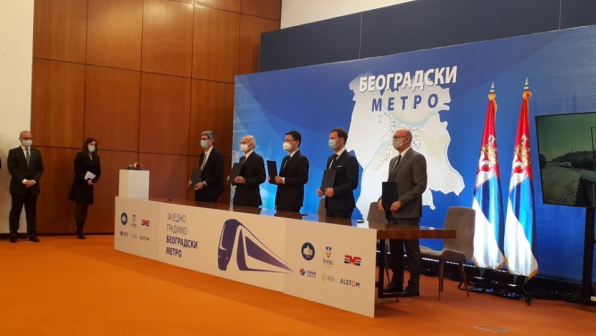 The MoU outlines the rights, obligations, and roles of all participants in the project. Under the agreement, PowerChina will carry out most construction work. Alstom and Egis will provide designs for the project, as well as supply and install various subsystems.

Alstom will also be responsible for the supply of metro trains, control systems, platform screen doors, as well as track laying and system integration.

Construction of the 21.3km, 21-station Line 1, which will run from Železnik to Mirijevo, is scheduled to begin in November, pending the signing of contracts. It will also involve the creation of a new depot in Makiš, .

A second 19.2km, 20-station line is also planned which will run from Mirijevo to Zemun station.