NEW York’s Metropolitan Transportation Authority (MTA) has placed its $US 54.8bn 2020-2024 Five-Year Capital Programme on hold as it looks to plug a $US 10.3bn hole in its finances over the next two years. 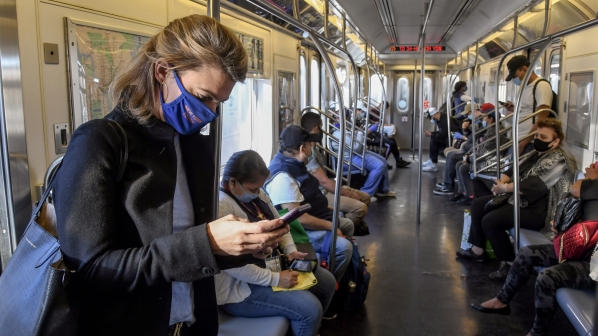 At the June joint board and committee meeting, the board of MTA outlined how Covid-19-related losses will account for 45.3% of MTA’s 2020 adopted budget. MTA is also expected to exhaust the congressional relief package provided under the Coronavirus Aid, Relief and Economic Security (Cares) Act by July, with 73% of the federal grant already used to cover operating expenses.

Ridership on the New York City subway dropped by up to 90% during the pandemic, although traffic has started to slowly recover, with the number of daily subway users surpassing one million for the first time since March on June 23.

The awarding of new Capital Programme contracts, which was temporarily put on hold in March, is now on hold indefinitely, with the exception of a traunch of 2015-19 projects that are being accelerated to take advantage of overnight closures and low ridership.

MTA has requested $US 3.9bn in additional emergency federal funding to address the shortfalls in 2020. The US House of Representatives has responded to this request by passing the $US 3 trillion Heroes Act, although this is held up in the US Senate.

In addition to the losses stemming from the reduction in passenger numbers, MTA also expects to spend $US 400m on direct Covid-19-related expenses this year, primarily on increased cleaning along with the purchase of personal protective equipment (PPE) and temperature checking equipment.

“MTA is facing unprecedented fiscal challenges stemming from this global pandemic, the likes of which we have never seen even in the 70s, 80s and the financial crisis of 2008,” says MTA chairman and CEO, Mr Patrick Foye. “In order for us to provide New Yorkers with the service required to restart the regional and national economies and the modernised transit system they deserve, it is imperative that the federal government step up, do the right thing and invest in the system to the tune of at least an additional $US 3.9bn now. The health of our city and region - and by extension our nation - depends on it."

“The reality is that the MTA is facing financial peril,” says MTA CFO, Mr Bob Foran. “If the Senate fails to follow the lead of the House of Representatives and neglects to deliver billions more in federal support, MTA will be unable to operate at the level needed to keep New York’s economy functioning where it needs to be to support the nation’s economy. The bottom line is that the financial health of the MTA is absolutely vital to the nation's economic recovery more broadly.”

MTA says that if the federal funding is not provided, there are a number of options available to cover the shortfall, including wage freezes, delaying the start of new capital projects or reducing the scope of the 2020-2024 Capital Programme, as well as cutting non-personnel expense, reducing staff numbers, scheduled fare and toll increases, service reductions and long-term deficit financing.

Deficit financing would require additional funding to cover the debt service associated with such borrowing.

MTA would receive approximately 15% of the funds from the proposed Investing in a New Vision for the Environment and Surface Transportation in America (Invest in America) Act, which the house transportation committee proposed to replace the current surface transport authorisation, which expires on September 30.

However, with MTA carrying 40% of all mass transit passengers in the United States, the authority says the bill reduces MTA's share of transit funding. In addition, while providing some Covid-19 relief, the bill only provides $US 900m in 2021. MTA is currently using $US 700-800m per month from Cares funding and says the bill will not come close to meeting its needs.

The bill still requires senate approval, which looks unlikely at this stage, adding to the uncertainty over future funding ahead of the September 30 deadline.