NEW York’s Metropolitan Transportation Authority (MTA) outlined some of the core projects set to commence in 2020 as part of its $US 54.8bn 2020-2024 Capital Programme on February 27. 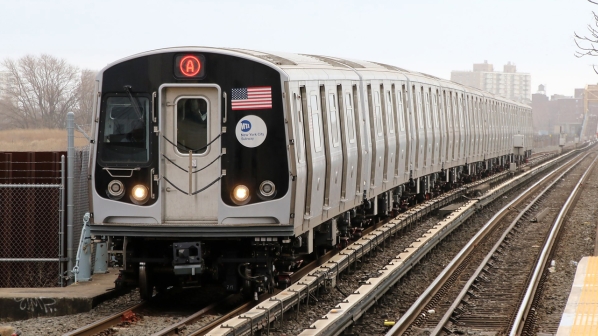 Work was awarded in January to install a modern computer-based signalling system on the Eighth Avenue A,C,E line.

The projects will address critical areas such as accessibility, resignalling and system expansion. The new MTA Construction & Development department will lead the implementation of these projects and will adopt a new approach, which will include bundling work, streamlining project management, and simplifying designs.

Contracts were awarded in January to install CBTC on the Eighth Avenue A, C, E line, which connects Manhattan’s west side with Brooklyn. This signalling work is primarily funded through the 2015-2019 Capital Programme.

The 2020-2024 Capital Programme includes funding for additional infrastructure improvements along this corridor that will be coordinated with the signalling upgrades to further improve service reliability.

This year, MTA will award contracts to improve accessibility at 25 stations across the network, in line with the Americans with Disabilities Act (ADA). This includes five stations in the Bronx, including one Metro-North station, six stations in Brooklyn, four stations in Manhattan, seven stations in Queens, including two Long Island Rail Road stations, and three stations on Staten Island.

MTA also announced updates and progress on other 2015-2019 projects, including the Penn Station Access project to introduce a new connection for Metro-North to Penn Station.

“We are jump-starting these projects and moving forward aggressively,” says MTA president of construction and development, Mr Janno Lieber. “This is all in keeping with our commitment to schedule work strategically, and keep our customers and stakeholders up to speed with our progress.”

The Transit Tech Lab, which is part of the public-private Transit Innovation Partnership, will enable MTA and other public transport agencies to leverage innovative technology solutions to improve urban transit, with the aim of making New York the global leader in public transport.

More than 130 companies applied to take part in this year’s programme, which focuses on three topics jointly selected by the participating agencies:

During the eight-week programme, each company will collaborate closely with participating agencies to demonstrate that their products have the potential to solve one of the identified challenges. Companies that successfully pass this “proof of concept” accelerator phase will move on to a formal pilot project that deploys their technology for testing in one or more participating transit systems.

Six companies were selected for the accelerator program last year, with four proceeding to the pilot stage.

“We are thrilled by the response to the 2020 Transit Tech Lab challenges in accessibility, curb coordination and revenue generation and look forward to the value these innovations will bring to customers,” says Ms Rachel Haot, executive director of the Transit Innovation Partnership. “It is a testament to the MTA’s leadership and the tech sector’s dedication that this year nearly all of the region’s largest transit agencies have signed on as partners.”

“The Transit Tech Lab has been a great partner to the MTA, fostering innovative ideas and creative pilots for improving our operations and the customer experience,” says MTA chairman and CEO, Mr Patrick J Foye. “As we work hard to modernise MTA, we’re excited for what this round of challenges will bring and thrilled that the Lab has expanded to include our regional partners in transport.”