The 4.2km extension will complete the 56km Tuen Ma Line when it opens later this year. 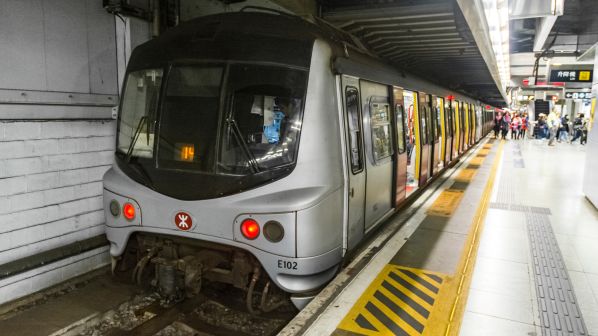 The Tuen Ma Line extension will interchange with the East Rail Line at Hung Hom.

HONG KONG’s MTR has begun trial operation on the 4.2km Phase 2 of the Tuen Ma Line (TML), ahead of the launch of passenger services in the third quarter of this year.

The extension runs from Kai Tak, via Sung Wong Toi, To Kwa Wan and Ho Man Tin, to Hung Hom, where it will connect with the existing Western Rail and Eastern Rail lines.

The trials, which began on February 16, will involve the daily operation of non-passenger trains between Wu Kai Sha and Hung Hom during traffic hours, as well as passenger trains operating on TML Phase 1, which will continue along the line following the alighting of passengers at Kai Tak.

The arrangements will be publicised through notices and public announcements, and additional station staff will be deployed in Kai Tak to guarantee all passengers have alighted before trains proceed.

Phase 2 will complete the full TML project, which will unify the existing WRL and Ma On Shan lines into a single 56km line serving 27 stations, including six interchanges.

It follows the opening of the 6.8km TML Phase 1 in February 2020, which extended the Ma On Sha line from Tai Wai to Kai Tak.

“The full TML has moved from the construction phase to the final stage of preparations for passenger services,” says Mr James Chow, divisional general manager for project construction at MTR. “The TML connects the east and the west of the New Territories without interchange, creating an enhanced railway network with higher accessibility to passengers.”