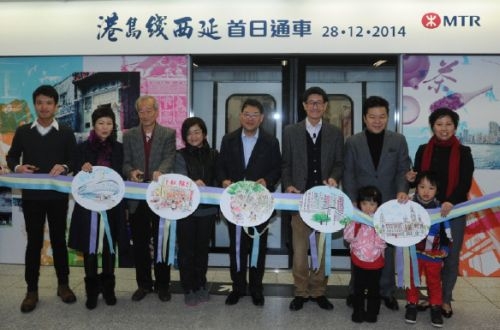 Construction of the 3km metro extension from Sheung Wan to Kennedy Town began in 2009. There are two intermediate stations at HKU and Sai Ying Pun, although the latter will not open until the first quarter of 2015.

As the extension passes through a hilly area, the stations are served by a network of all-weather walkways, escalators and lifts. The entrances to Kennedy Town and HKU stations are the first on the MTR network be served by lifts alone.