MUMBAI Metro Rail Corporation (MMRC) has signed contracts worth a total of Rs 181.1bn ($US 2.7bn) with five consortia for the construction of Mumbai metro Line 3, which will run for 33.5km from Santacruz Electronics Export Processing Zone (Seepz) in the north of the city to Cuffe Parade in the southern district of Colaba. 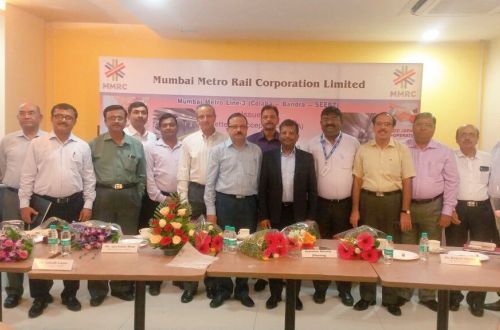 Tendering for the project began in 2013 and nine consortia were shortlisted to bid in September 2014. Five consortia emerged as lowest-price bidders in October 2015, but the total cost of the offers across the seven construction lots was around 50% higher than the estimate in the detailed project report, which was completed in 2011.

MMRC has therefore held negotiations with the lowest-price bidders to bring costs down with measures including reductions in the number of entries and shorter platforms at some stations and separating the installation of tunnel ventilation and escalators from the main construction contracts.
Construction of the 27-station line is divided into seven lots, which include construction of tunnels and stations:

Commissioning of the line is scheduled for 2019-20.