RIDERSHIP on Mumbai's first metro line has exceeded 100 million less than a year after its inauguration, according to the line's operators RATP Dev and Transdev. 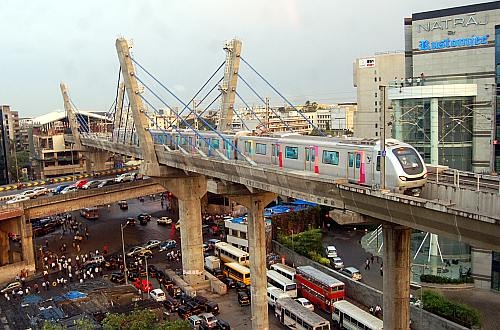 The initial 11.4km phase of Line 1 from Versova to Ghatkopar opened on June 8 2014 and an average of 260,000 passengers per day now pass through the line's 12 stations. Ridership is expected to increase in line with population growth in the city, which is estimated to be around 4% per year.

As part of the Mumbai Metro One PPP consortium RATP and Transdev operate and maintain Line 1 under a five-year contract.