THE first of seven new trains for the Genoa metro was unveiled to the media at Brignole station on March 24, before entering passenger service on the 6.5km line to Brin. 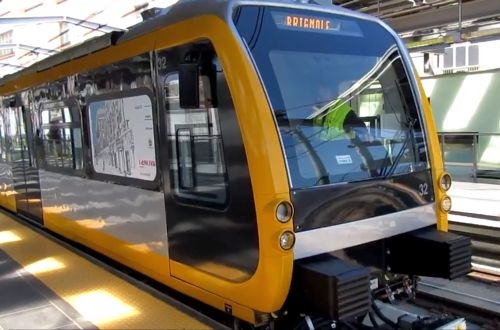 The 750V dc four-car articulated trains are being supplied by a consortium of Ansaldo STS and Hitachi Rail Italy under a €34.9m contract awarded by the City of Genoa in 2012, which was funded with the aid of a €5.9m contribution from the Italian government. The project includes upgrading of the line's existing depot at Dinegro to maintain the new fleet.

Each 39.1m-long train accommodates 48 seated passengers and 242 standees (at 6 passengers/m2).

The remaining six trains are due to be delivered by the end of the year.