THE president of Milan Transport (ATM) Mr Bruno Rota and AnsaldoBreda CEO Mr Maurizio Manfellotto were both present during a ceremony held in Duomo square, Milan, on March 29 to unveil a mock up of the new AnsaldoBreda train currently on order for Milan Metro. 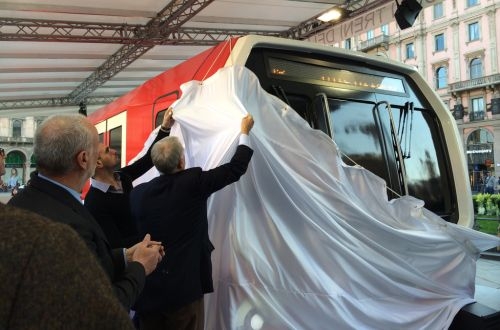 The order for 30 trains is worth €220m and is the largest single renewal of rolling stock in the 50 year history of Milan's metro network. The project has been financed by the European Investment Bank and the trains are due to be delivered by May 2015 in time for Expo 2015, which will be held in Milan.

Of the trains, 20 will be deployed on line M1 and the remainder on line M2. Each train can accommodate up to 1232 passengers and run at a maximum speed of 90 km/h.

The mock up will be on display until April 13.