THE Mayor of London Mr Boris Johnson unveiled artist's impressions on October 9 for London Underground's (LU) next generation small-profile train, 250 of which are due to enter service from the mid-2020s. 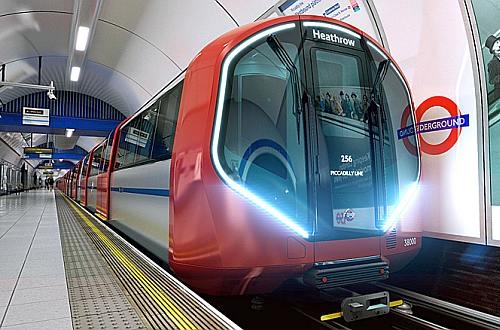 Transport for London (TfL) says it has worked with British transport design specialists Priestmangoode to develop a concept for a futuristic train that reflects the design heritage of the Underground.

LU published a notice in the Official Journal of the European Union (OJEU) seeking expressions of interest for the so-called 'New Tube for London' and suppliers have quoted prices ranging from £1bn to £2.5bn for 250 trains. Five manufacturers have been shortlisted for the contract:

A formal invitation to tender will be issued early next year and the contract will be awarded in 2016. The first trains will enter service in 2022 on the Piccadilly Line and 100 trains will be ordered for this line. LU says it will require 100 trains for the Central Line, 40 trains for the Bakerloo Line, and 10 for the Waterloo & City Line.

The trains will have a design life of 40 years and will be configured for future conversion to driverless operation.

The introduction of new trains and resignalling is expected to increase capacity by 60% or up to 19,000 passengers per hour on the Piccadilly Line, 50% on the Waterloo & City Line, and 25% on the Bakerloo and Central lines.

Designs for the New Tube for London will be on display at a public exhibition at King's Cross St Pancras Underground station, which runs until November 16.