NEW York’s Metropolitan Transportation Authority (MTA) is requesting substantial federal aid due to the dramatic effects of the coronavirus on revenue. 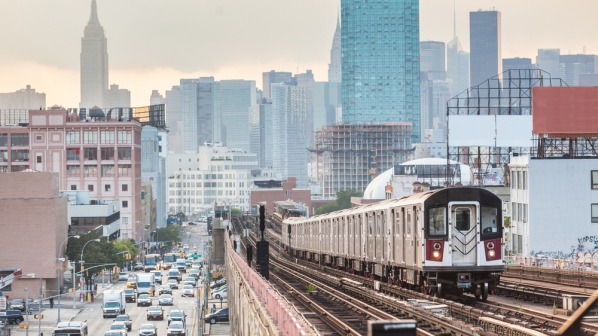 New York’s MTA is seeking $US 4bn in federal aid due to the coronavirus pandemic.

MTA chairman and CEO, Mr Patrick Foye, wrote to the New York Congressional Delegation on March 17 requesting more than $US 4bn in federal aid. “The MTA is now facing financial calamity,” Foye said. “Ridership has fallen approximately 60% on the subways, 90% on Metro-North, 67% on Long Island Rail Road and 49% on buses.

“As a result, MTA revenue has plummeted as we provide these essential services. We project the full impact will be more than $US 4bn by the end of 2020 - even without accounting for the expected collapse of the more than $US 6bn in state and local taxes dedicated to the MTA.

“The MTA has already committed to finding $US 2.8bn in savings over the next several years. No agency of our size can find additional billions in savings equivalent to the damages we have and will sustain as a result of this pandemic. This is a national disaster that requires a national response.”

“A supplemental formula increase to existing funding sources does not go far enough. And flexing federal funds currently allocated for capital projects cannot be the solution. Not only does this approach unnecessarily pit our operating costs against needed State of Good Repair investments to maintain our system, it has the potential to slow the critical growth of the MTA.

“New York produces nearly 10% of the entire US GDP, and the nation will need a strong New York to fully rebound from the current crisis. The mass transit system operated by the MTA is essential to that objective, and restoring it is a matter of national interest.”

California’s Bay Area Rapid Transit (Bart) metro network is in a similar situation and is requesting financial support. Ridership dropped 70% on March 16 and 85% the following day.

“That level of decline will cost Bart a revenue loss of approximately $US 37m per month,” Bart said. “A sustained ridership loss of 85% and a 50% reduction in economic activity impacting other revenue sources could reduce Bart’s monthly revenues by $US 55m.