New York MTA to get aid for Sandy recovery 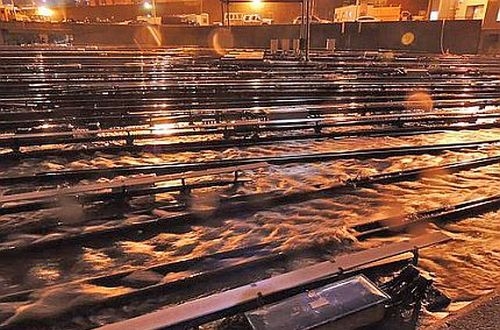 This includes initial reimbursement costs incurred by MTA's three subsidiaries -New York City Transit, Long Island Rail Road, and Metro-North Railroad - during preparation for the storm, as well as funding to help rebuild MTA's bridges and tunnels and various other facilities. It is the first round of funding the MTA has received to help recover from Hurricane Sandy, which struck the northeastern United States last October causing widespread damage to the rail network.

"These federal dollars will help cover the costs of pre-storm preparations and initial recovery work that made it possible for the MTA to restore service as quickly as possible after the storm," says New York's governor, Mr Andrew Cuomo. "The FTA's quick action will help rebuild our battered transit infrastructure and restore full service for the millions of commuters who rely on the MTA every day."

"Much work remains and we will continue working on the next series of improvements, entering into contracts for projects that are essential to our customers including the full restoration of service to the Rockaways and to South Ferry station," adds MTA's interim executive director Mr Thomas Prendergast.