NEW York City celebrated the opening of a 4.4km extension of the Q Line metro from 57th Street and Seventh Avenue to 96th Street and Second Avenue in the upper east side of Manhattan on December 31, nearly a century since the project was first proposed. 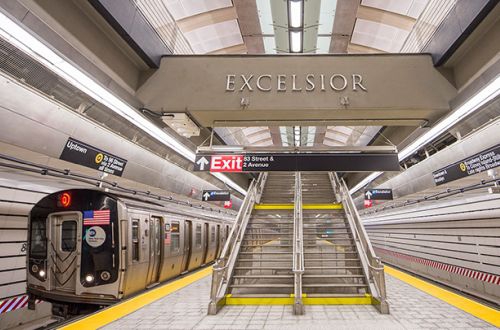 The new station at 86th Street

The line adds three stations to the New York City Transit Authority (MTA) metro network with revenue service beginning at 12.00 on January 1. Trains are operating at six minute intervals during peak hours and are running from 06.00 to 22.00 during the first week of operations with overnight services beginning on January 9. The line is expected to carry 200,000 passengers per day and ease congestion on the Lexington Avenue Line by 23,500 riders on an average week day.

“The Second Avenue Subway is the most significant addition to our system in 50 years and will significantly reduce crowding on the Lexington Avenue line which currently serves more riders than the Chicago, Washington, DC, and Boston transit systems combined,” Prendergast says.

MTA is currently planning the second phase of the project, which will extend services to 125th Street in Harlem, although funding is yet to be secured for this project and further extensions to Hanover Square in Lower Manhattan.

Following the opening of the line, Prendergast announced on January 2 that he will retire from MTA in the next few months. He has worked with the authority for the past 25 years and was appointed chairman and CEO by Cuomo in 2013.