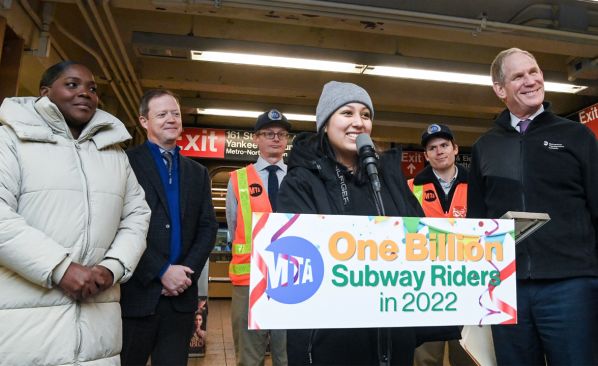 The milestone marks the first time the New York City Subway has carried one billion passengers in a calendar year since 2019. The subway carried just 640 million riders in 2020 and 760 million in 2021. Now, average daily subway ridership is nearly 60% of 2019’s pre-pandemic levels, when the network carried 1.7 billion passengers.

“In 2022, customers have voted with their MetroCard swipes and Omny taps, and hundreds of millions have returned to the subway,” Lieber said. “Hitting this milestone, one billion subway riders in 2022, demonstrates again how essential mass transit is to New York City’s economy and continued recovery from the pandemic.”