PASSENGER numbers on London’s Night Tube service grew to 8.7 million customers in its second year, up from 7.8 million in 2016-17. A report released by London First and EY on August 17 showed the increase in demand means Night Tube helped to generate an additional £190m for London’s economy last year, a contribution that has increased by almost £20m from its first year of operation. 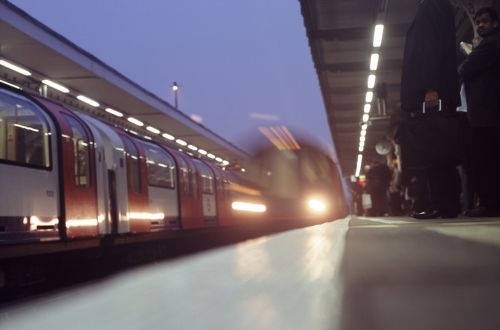 Passenger numbers on the Night Tube service grew to 8.7 million.

The report says the service is projected to contribute £1.54bn over the next 10 years to the wider London economy, double the projections made before the service launched in August 2016. Night Tube is also supporting more than 3900 jobs, up 8.5 % from last year. The Night Tube runs on six lines on Friday and Saturday nights and the early hours of Saturday and Sunday mornings.

Transport for London (TfL) says passenger numbers have been higher than expected with almost 17 million journeys so far, well above the 14 million forecast. Night services now also include the Night Overground, launched in December 2017.

TfL says it will consider how best to introduce a similar service on the Docklands Light Railway (DLR) when the next operating contract is let in 2021, while the upgrade of the Circle, District, Hammersmith & City and Metropolitan lines will facilitate a night service on these lines once the programme is fully complete in 2023. Other plans will be kept under review to see where there is demand for further night-time services.

“The first two years have been an even bigger success than we predicted - allowing more people to get home quickly and safely after a night shift, or night out with friends, but also providing a huge boost to London’s night-time economy,” says London’s mayor, Mr Sadiq Khan.

“The increase in passenger numbers shows that the demand for the Night Tube remains strong, and that it is helping to transform London into a truly 24-hour city,” says London Underground's managing director, Mr Mark Wild. “It has provided a significant boost to London’s economy, supporting late night music venues, bars and restaurants, with all fares charged at off-peak to help make it an affordable way to travel. We look forward to building on this success in the coming years with new night time routes on the DLR and on the Circle, District, Hammersmith & City and Metropolitan lines once the massive upgrade of those lines is finished.”