NUREMBERG Transport (VAG) announced on November 17 that it will replace the oldest rolling stock in its U-Bahn fleet with new trains from mid-2018. 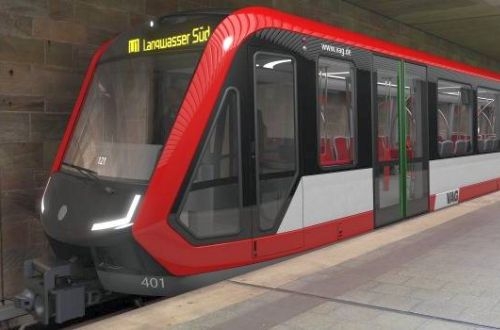 VAG says it is in negotiations with Siemens and is still working on the financial part of the contract, which has an estimated value of €164m.
Traditionally Nuremberg U-Bahn trains have been formed of articulated pairs of vehicles, but the G-1 will be the first four-car fully articulated train to run on the network and will be at least three tonnes lighter that paired two-car sets. "There were several key factors in this decision, including lower purchase price, significant energy savings during operation, and the sense of security a full-length train will give passengers," explains VAG technical director Mr Michael Richarz.

The G-1 has been developed on the basis of a design study by Munich-based agency ergon3Design, which was carried out in consultation with passengers with reduced mobility. The trains will be equipped with retractable steps, and multifunctional areas for pushchairs and wheelchairs.