THE mayor of Nuremberg Mr Ulrich Maly and Bavarian interior minister Mr Joachim Herrmann inaugurated the extension of Nuremberg U-Bahn Line U3 from Friedrich Ebert Platz to Klinikum Nord and Nordwestring on May 22. 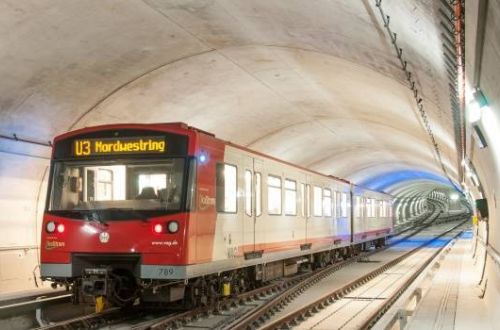 Work began in 2012 on the 1.1km extension, which serves the districts of Johannis and Schniegling. The German federal government and the state of Bavaria contributed €66m towards the €86m project, with the remainder coming from the budget of the City of Nuremberg.