Driverless trains on the 30.46km line are operating at GoA 4. 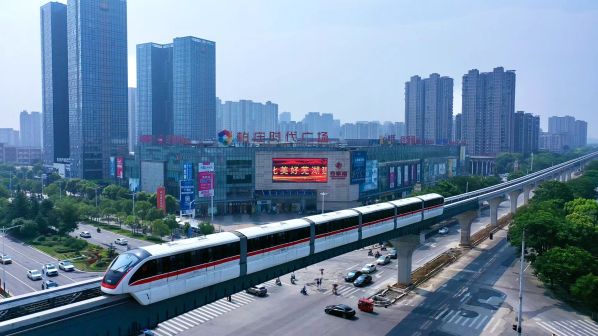 OPERATION of the elevated Wuhu Line 1 monorail in Anhui Province, China, which is equipped to run at GoA 4, began on November 3.

The 30.46km, 25 station line will operate at 80kmh between 06.30 and 22.00, running north-south from Baoshun Road station to Baimashan station. More than 40,000 passengers used the line during trial runs in October.

In June, PBTS was awarded a 27-year contract to maintain the new monorail system.