A major project to increase metro capacity in Oslo was completed on April 3 with the inauguration of Oslo Sporveien's Løren Line connection between Økern on the Grorud Line and Sinsen on the Ring Line. 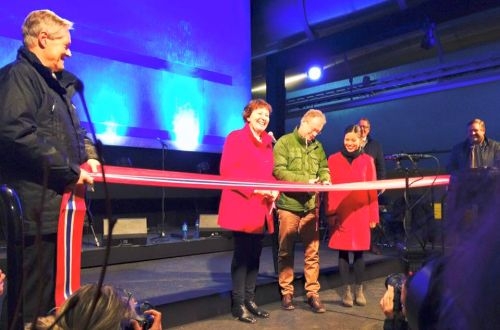 The 1.6km double-track line runs underground for most of its length and includes a single intermediate station at Løren, which is Oslo's first new metro station for 10 years and the network's 101st station.

Construction began in June 2013 and the total cost of the project including associated enhancements on the Grorud Line was NKr 1.33bn ($US 160m). The platforms are 27m below the surface and the station will serve the Lørenbyen redevelopment area.

With the opening of the connection, Line 4 services from Vestli to Bergkrystallen via the western ring now operate via Løren, reducing the journey time between the Grorud Line and stations on the Ring Line by 10 minutes. This has freed up capacity on the section of the Ring Line between Tøyen and Majorstua, enabling Oslo Sporveien to double frequencies on Line 3 to eight trains per hour.