The line will be the fourth in Paris to be entirely automatic. 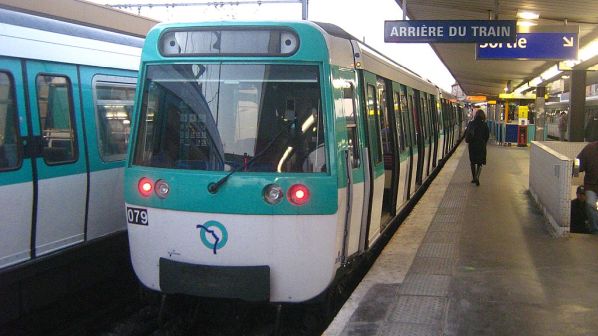 The line uses type MF77 trains, some of the oldest in Paris.
Photo Credit: Wikimedia Commons

This will be the fourth driverless metro line in Paris. Line 14 was the first automatic line to be built in 1989, then Line 1 was converted in 2012 and Line 4 will go driverless during 2023.

On December 7 IdFM also approved a package of measures to improve the passenger experience on Line 13, which is one of the busiest in Paris but has some of the oldest rolling stock, type MF77 trains built over 40 years ago.

The plan to increase capacity and improve punctuality, reliability and safety will include the introduction of new MF19 trains on the line from mid-2027. This trains will be equipped for full automatic operation which is scheduled for introduction in December 2035. The MF19 will be the first driverless steel-wheeled train on the current Paris metro network, the trains on lines 1, 4 and 14 having rubber tyres.

Line 13 was carrying 130 million passengers a year before the Covid-19 pandemic. Automation was costed at €837m in 2021, not including new rolling stock. IdFM will finance conversion and expects an annual reduction in operating costs of €14m.