PLANS for a £200m extension to the Midland Metro light rail system from Wednesbury to Brierley Hill have been handed to Britain's secretary of state for transport, Mr Chris Grayling. 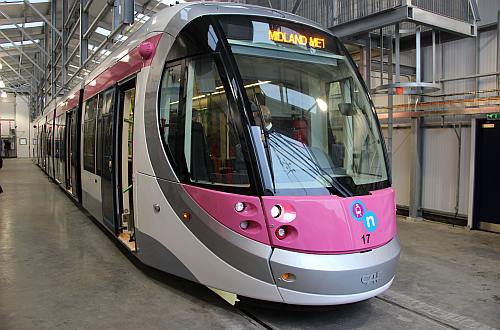 The business case for the 11.2km extension was presented by the mayor of the West Midlands, Mr Andy Street, and Ms Laura Shoaf, managing director of Transport for West Midlands (TfWM), at the House of Commons.

This extension is part of a larger plan to extend the system, which also includes a proposed extension to Wolverhampton interchange and the planned HS2 terminal at Curzon Street in Birmingham.

“I said in my manifesto that starting work on this project during my first three years in office was a priority and securing the funding is the first step, which is why I wanted to see the secretary of state so quickly,” says Street. “It will more than halve journey times from some of the stops along the route into central Birmingham."