PUBLIC transport networks around the world have witnessed drastic drops in passengers over the past three weeks as commuters voluntarily stayed home or were ordered to remain in their houses to combat the spread of coronavirus. 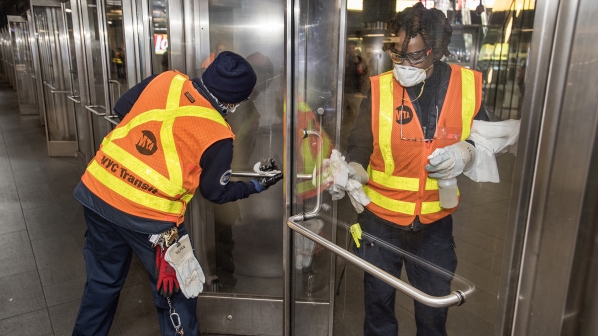 Data from urban mobility app Moovit shows the change in passenger numbers across 99 public transit networks around the world, including in Chicago, Israel, Madrid, New York, Rome, San Francisco, Toronto and Washington DC relative to January 15. Up to February 28, traffic was growing between 0.1% and 10.5%.

Traffic began to drop suddenly at the beginning of March. As of March 23, traffic was down:

The data is based on the daily activity of Moovit’s 750 million app users. The drop in revenue has promoted a number of operators to warn they will require government support if they are to avoid becoming insolvent during the pandemic.

Data from the Argentina Ministry of Transport shows the drop in passenger numbers has been particularly strong in the South American country.

On March 16, the day after president Mr Alberto Fernández announced social, preventive and compulsory isolation for the entire population until March 31, passenger numbers on public transit networks across the country dropped by 83%.