ROME added another six stations to its metro network on June 29 with the opening of the 5.4km western extension of Line C from Parco di Centocelle to Lodi. 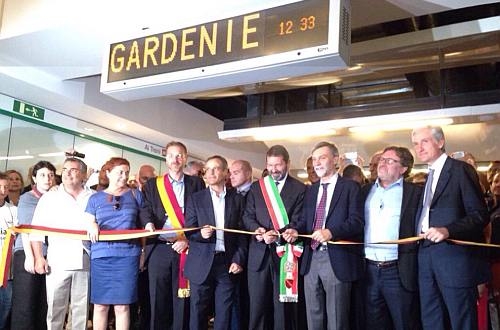 The extension takes the total length of the driverless line to 17.9km, 8.7km of which runs at grade, and includes new stations at Mirti, Gardenie, Teano, Malatesta, and Pigneto.

Services operate between 05.30 and 23.30 using a fleet of six-car AnsaldoBreda trains, which can accommodate up to 1200 passengers.

A further extension to an interchange with Line A at San Giovanni is due to be commissioned next year and the line's final two stations, Amba Aradam/Ipponio and Fori Imperiali in the city centre, are expected to open in September 2020.