THE Russian government says it expects to approve legislation in the middle of this year which would allow the private sector to invest in metro projects, including the construction of new lines and the acquisition of new rolling stock. 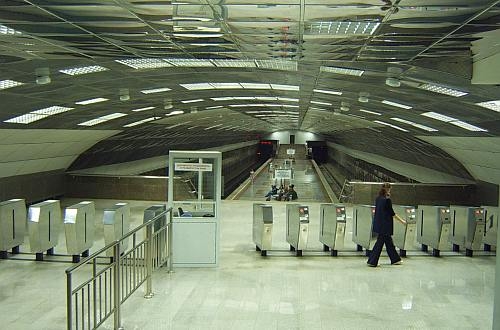 The Ministry of Transport has prepared and issued for public consultation a draft law that would allow non-budget funds to be invested in the construction of metro lines through concessions.

The bill will regulate private sector investment in all aspects of light rail and metro projects.

"The basis for the construction of the first private metros lines in Russia has been already created through the law on concessioning," says a representative of the ministry. "Therefore, it is clear that the government will not turn back and private money will soon be available for metros. Some regional governments have already initiated negotiations with private investors and after the bill is adopted construction could start within a couple of years."

The new law is based on legislation for the concessioning of road projects, and the ministry says it expects the measures to lead to a "sharp increase" in metro construction in Russian cities.

Indeed, several regions have already announced that they are negotiating with prospective investors.

The city of Novosibirsk is seeking around Roubles 12.8bn ($US 350mln), in private investment to help finance its first metro line, while Voronezh aims to attract around Roubles 15bn for metro construction.

The city of Krasnoyarsk spent Roubles 4.5bn on the construction of 3.5km of metro tunnels between 2005 and 2010, when the project was suspended due to a shortage of funds. Now the municipal government says it has found several parties willing to provide up to Roubles 7bn, which could allow the line to open in 2017.

However, the most dramatic growth is expected in the construction of several new underground lines in the so-called "New Moscow" districts, which came under the jurisdiction of the capital city last year but are not currently served by the metro network. Moscow Construction Department chairman Mr Marat Khusnullin says private investments in the construction of the metro lines serving these areas will amount to Roubles 50bn over the next five or six years, almost all of which is expected to come from private sources.