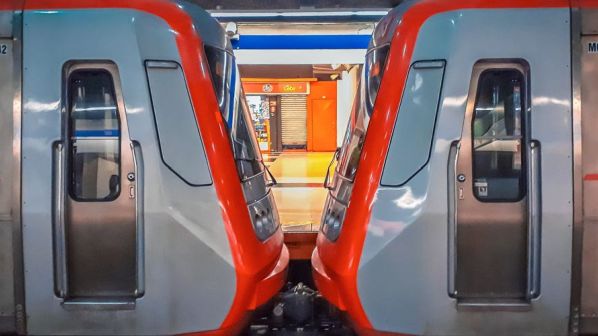 SANTIAGO Metro has awarded Alstom a $US 365m contract to supply 37 five-car driverless metro trains and supply and equip CBTC on Line 7, which is under construction in the Chilean capital. The supplier will also provide maintenance services for 20 years.

The 102m-long, 2.85m-wide trains will be built at Alstom’s plant in São Paulo and will have capacity for 1250 passengers. Deliveries are due to commence in early 2025 and will continue until the middle of 2026 with two trains delivered per month.

Alstom will also be responsible for design, engineering, testing and commissioning of CBTC equipment on the 24.8km line, construction of which the metro reports is 3.7% complete after getting under way in 2021. It is scheduled to open in 2027.

The line will have 19 stations and will run from Renca in the northwest of the city, passing through the city centre and terminating in the districts of Las Condes and Vitacura in the northeast. In November, China Railway 16th Bureau Group won a contract to construct phase one of the line, comprising 6.6km of tunnel using a TBM as well as 1.4km using the Austrian Tunnelling Method from Renca to Quinta Normal. The work is scheduled to get underway in the first quarter of this year.

The majority of Line 7 will parallel Line 1 and is intended to relieve this congested line. The line is expected to reduce end-to-end travel times by 1h 20min, benefitting approximately 1.365 million inhabitants of the city as well as reducing carbon emissions to the same level as planting 55,000 trees.

“The awarding of the trains is another relevant step for the advancement of this project that will generate 22,000 jobs throughout its construction and that will generate greater social and territorial equity in a city of eight million inhabitants,” says Mr Louis de Grange, president of Santiago Metro. “With Line 7, new communities are added for whom our service is very important, such as Renca and Cerro Navia, as well as Vitacura. In this way, we seek to bring people closer to living a better city, helping them to own their time, to be closer to their loved ones, to their places of work or study, that they can access new services and more opportunities.”

Alstom overcame 12 parties which confirmed interest in supplying the contract with three coming forward with a formal bid. The trains will feature open gangways and will be equipped with CCTV, air-conditioning, LED lighting, two spaces for passengers with reduced mobility, emergency evacuation doors in the lead cars, and passenger information systems.

The metro also reports that the Chilean Ministry of Finance has granted financial authorisation to proceed with the feasibility studies for the proposed 20km Line 8 and 17km Line 9. A bidding process to select a specialist advisor and basic engineering to enable the schemes to proceed to the Environment Impact Assessment stage is set to commence soon.

For detailed data on metro projects and fleet orders from around the world, subscribe to IRJ Pro.