SÃO Paulo Metro signed a Reais 494.8m ($US 119.7m) contract with Constran on January 13 for the resumption of civil works on the Line 17/Gold monorail project, with São Paulo Metro to define the schedule of the works with the company. 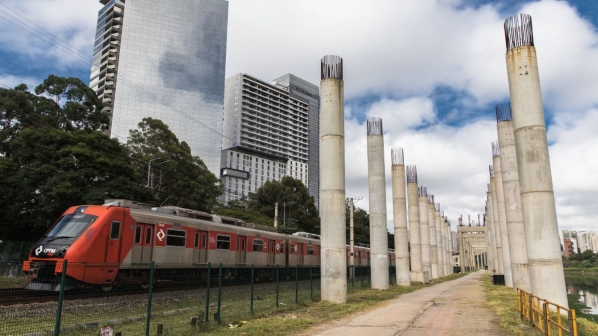 The project was previously awarded to Monorail Railroad Consortium (CMI), but this agreement was unilaterally terminated by São Paulo Metro following continuous delays and a slowdown in the execution of the works. The problems also led to São Paulo Metro fining CMI Reais 88m.

The contract to take over the other contracts previously awarded to CMI, including the manufacture and supply of trains and signalling systems, is in the final bidding phase.

The 7.7km-long line will connect Congonhas airport with Morumbi station on Line 9/Emerald, and at Campo Belo metro station of Line 5/Lilac.

In October 2019, the Latin American Development Bank agreed a Reais 1.2bn loan to the São Paulo state government to complete the first section of Line 17/Gold.