SEOUL Metropolitan Infrastructure invites bids by November 23 for a fleet of 32 trains for operation on Line 9 of the Korean’s capital’s metro network. 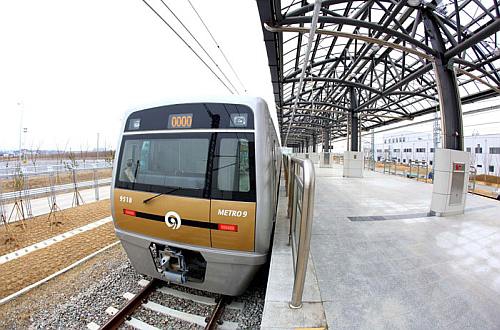 The cost of the trains is estimated at Won 46 billion ($US 39.2m). Each four-car train will have two trailer and two motorised cars. Delivery must be completed by the end of 2018.

Line 9 is 30km long and was constructed by Seoul Metro Line 9 Corporation, which is owned by several insurance companies and banks, under a 30-year concession. The line is operated by Seoul Line9 Operation Company which is a joint venture of Transdev and Paris Transport Authority (RATP). The line operates both express and stopping services.