SEOUL Metropolitan Government and the SML9 consortium have awarded a consortium of Transdev and RATP Dev a 10-year contract to continue operating and maintaining Seoul metro Line 9. 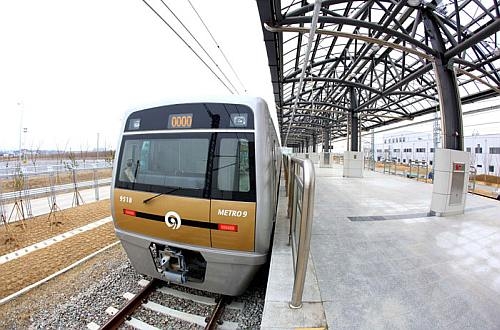 The 27km triple-track line from Gangnam in the southeast of the city to Gimpo International Airport is the first privately-operated metro line in Korea, and also the first to operate express services. Around 430,000 passengers use the 25-station line on a typical weekday.

The line has been operated and maintained by Transdev and RATP Dev since its inauguration in 2009.

The consortium says it expects to generate more than €525m in revenues over the 10-year term of the contract.