SEOUL Metropolitan Council announced on November 23 that Seoul Metro and Seoul Metropolitan Rapid Transit Corporation (SMRT) will be merged following a majority vote from the unions of both corporations. 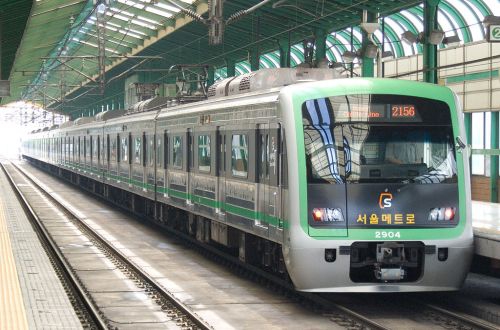 Seoul Metro operates the majority of lines 1-4, and SMRT is responsible for lines 5-8. The merger is intended to improve services and safety by standardising equipment and facilities across all lines, as well as combining the skills of staff from both operators.

According to the labour agreement, there will be no redundancies even where there is duplication of roles between the two companies, but new staff will not be recruited to replace those staff when they retire. This means that the merged company will shed 1029 employees over the next four years and savings from restructuring will be reinvested into safety and better working conditions.

The merger was broadly supported by union members, with 74.4% voting in favour of the combination, which will take place no earlier than March 2017. A vote to combine the two corporations was previously held two years ago but failed to pass. However, talks of a merger resumed in September following the death of a worker at Guui Station on Line 2.

It is not yet known what Seoul’s new main metro operator will be called, and the city plans to hold a short public consultation for citizens to suggest names for the new entity.