THE mayor of Seoul Mr Park Won-soon attended a ceremony to mark the opening of the latest addition to the city’s metro network, and the its first light metro, the Ui Line on September 2. 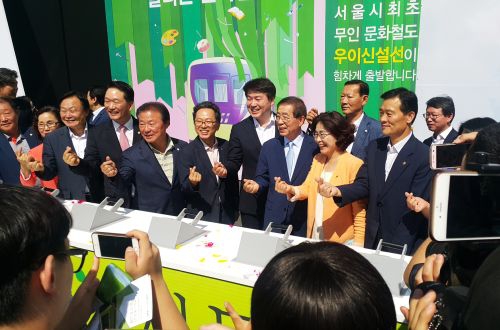 Hyundai Rotem has supplied 18 two-car driverless trains for the line which were manufactured at the company’s Changwon plant. The trains will be staffed for the first three months of operation with 95 staff deployed across stations and trains to assist passengers.

The line was originally scheduled to open at the end of July but the opening was delayed to allow further testing after the Seoul government requested that headways between trains were increased from two-and-a-half to three minutes. The line is expected to reduce commutes by 30 minutes and will provide an alternative to buses in the area.

For more on Seoul’s metro expansion plans, see the August 2017 edition of IRJ, or click here.