SHANGHAI Metro started trial running on an extension to Line 9 and the new Line 17 on December 30 which has expanded the network to 637km and 387 stations, thereby maintaining its position as the world’s largest metro network. 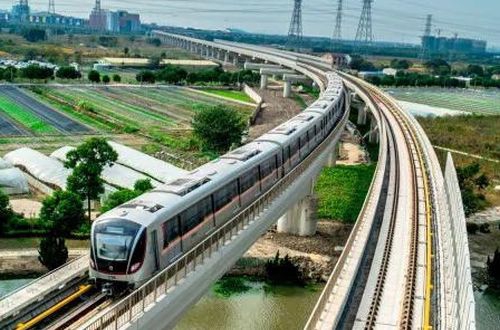 The 13.8km phase 3 extension of Line 9 runs east from Yanggaozhong Road via Jinhai Road where it interchanges with Line 12 to Caolu and has nine underground stations.

Line 17 is a 34.7km partly elevated, partly underground line serving the western area of Shanghai and has 13 stations of which seven are underground. It runs from Hongqiao high-speed station, where it connects with lines 2 and 10, via Dianshan Avenue to Oriental Land. Trains will operate at five-minute intervals between Hongqiao and Dianshan Avenue during peak periods reducing to eight-minute intervals to Oriental Land.

Shanghai Metro says Line 17 is the first on the network to use a domestic automatic train operation with fully automatic driving functions and automatic door opening and closing. The trains have a self-diagnostic system to detect faults which should improve operating efficiency and reduce maintenance costs.

The Line 17 trains also have an inverter air-conditioning system to improve temperature control and LED lighting. The area for disabled passengers in wheelchairs is equipped with seat belts.