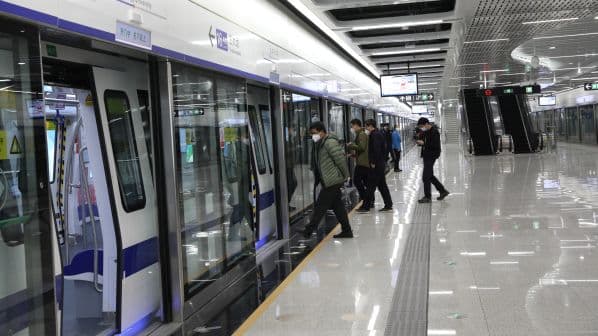 LINE 16 of the Shezhen Metro in China was officially opened for passenger service on December 28, running for 29.2km from Universiade in Longgang district to Tianxin in the Pingshan district to the east of the city.

Line 16 was built by China Railway Construction, which had to contend with a number of challenges including repeated outbreaks of the Covid-19 pandemic, complex geological conditions and the large volume of land acquisition and property demolition required by construction.

Opening of the new route takes the total length of the Shenzhen Metro network to 559km with 17 lines.

Serving the Guangdong-Hong Kong-Macao Greater Bay Area conurbation, the Shenzhen Metro now ranks first in China in terms of network density and passenger traffic, and is fourth based on the number of train-km operated.

The number of Chinese cities with metro systems has grown following the opening on December 28 of the first line in Taizhou in southeastern Zhejiang province.

Line S1 is mainly elevated with some underground sections and runs for 52.4km from Taizhou railway station southwards to Chengnan, serving a total of 15 stations.

For detailed data on metro projects in China and around the world, subscribe to IRJ Pro.