A project to substantially increase capacity on Toulouse metro Line A took an important step forward on January 15, when Mr Jean-Michel Lattes, president of the city's transport authority Tisséo, and Mr Eric Cazeaux, director of Siemens Mobility France, signed a €66m contract to upgrade the 12.3km driverless line from Blama-Gramont to Basso-Cambo. 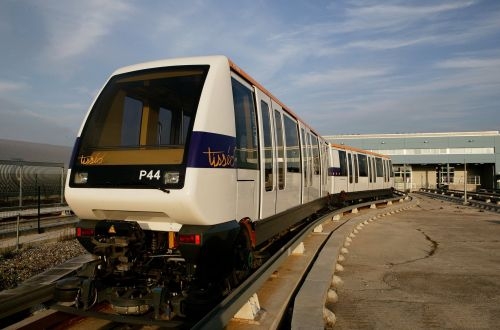 The initial 10km of Line A opened in 1993 and the line is equipped with the VAL automation system developed by Matra, which is now part of Siemens. A 2.3km extension opened in 2003 and ridership has grown steadily over the last 23 years from 125,000 passengers per day in 1993 to around 230,000 today. Services now operate at 6-second headways at peak times, but additional capacity is needed to meet forecast growth in demand.

The line will therefore be upgraded to increase the maximum train length from 26m to 52m by the end of 2019. Siemens will be responsible for upgrading automation systems, the line's control centre, platform screen doors, power supplies, the existing train fleet, and depots and stabling facilities.

"The technical challenges are significant because this will be the first time a VAL system in commercial operation has been upgraded in this way," says Cazeaux. "Nearly 1000 nights of work will be required to implement this project."