SINGAPORE's Land Transport Authority (LTA) has awarded a $S 1.99bn ($US 1.46bn) contract to GS Engineering & Construction, Korea, to build what it describes as the world's first four-in-one rail and bus depot. 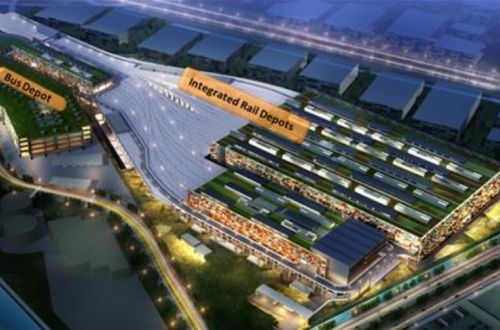 Artist's impression of the integrated depot.

East Coast Integrated Depot will combine three train depots one above the other serving the East-West, Downtown and Thomson-East Coast metro lines and a bus depot on a 36-hectare site. The facility will be able to house 220 trains and 550 buses, and the project includes the construction of tunnels to link it to the three lines.

LTA has also awarded contracts worth €1.3bn for the construction of three new stations and associated tunnels. These comprise Siglap and Bayshore, which should open in 2023, on the Thomson-East Coast Line, and Xilin on the 2.2km Downtown Line 3 extension.