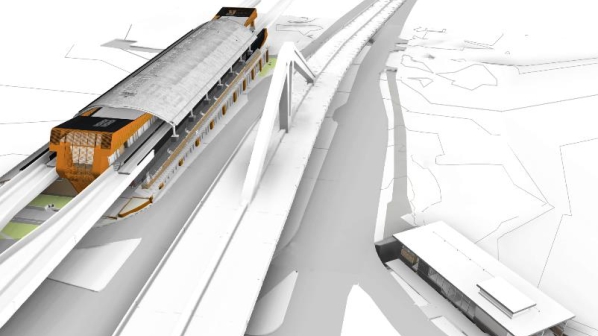 An artist impression of JS12 station.

SINGAPORE's Land Transport Authority (LTA) has awarded two civil contracts worth $S 526m ($US 392.2m) for the construction of four stations and associated viaducts on the Jurong Region Line (JRL).

The second contract worth $S 263m was awarded to Hwa Seng Builder, and includes the design and construction of the JW3 and JW4 stations, along with a 1.4km viaduct between the two stations. Construction under both contracts is expected to start in the second quarter of 2021 and is due to be completed by 2029.

Construction of the 3.2km tunnel is expected to start in the second quarter of 2021, and will mark the first time LTA has used a large-diameter tunnel boring machine to construct a single bore double-track tunnel. CRL1 is slated to commence passenger service in 2030.