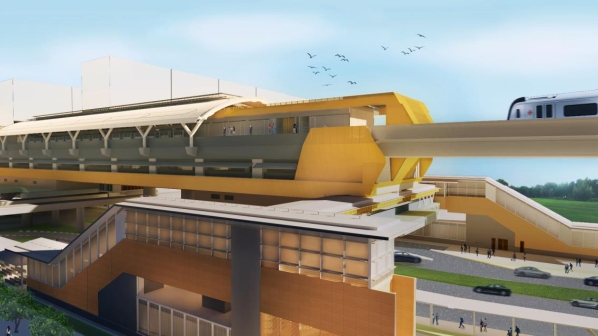 The first contract, worth $S 172m, was awarded to China Communications Construction Company, and comprises the design and construction of Boon Lay station and a 800m-long viaduct along Jurong West Street 64. It also includes addition and alteration works to the existing Boon Lay station on the East-West Line to provide a direct connection to the new JRL station, which is expected to be completed in 2026.

The second contract, worth $S 226.6m, has been awarded to Sembcorp Design and Construction. The contract comprises the design and construction of Gek Poh and Tawas stations and two viaducts with a total length of 1.3km; one along Jurong West Street 75, and the other between the two stations, which are both expected to be completed in 2026.

Daelim Industrial has been awarded the third contract, which is worth $S 197.4m. The contract comprises the design and construction of Jurong East station and a 500m-long viaduct at the station. It also includes addition and alteration works to the existing Jurong East station on the North-South and East-West Lines, to integrate with the new JRL station. The new station is expected to be completed in 2027.

Daelim Industrial is currently involved in the construction of the TEL Outram Park interchange station.