Partnership with Thales aims to cut energy use by 15%. 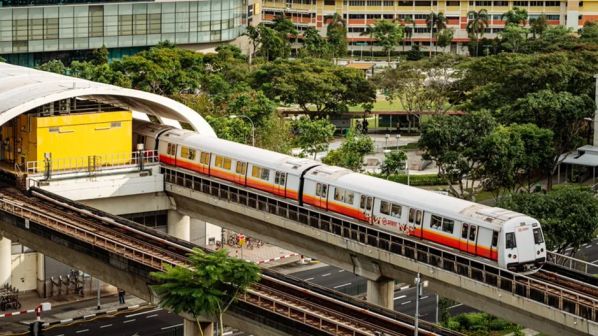 SINGAPORE metro operator SMRT Trains has joined signalling supplier Thales in the Next-Generation Green CBTC project, which aims to cut the consumption of electricity by trains on the North-South and East-West lines by 15%.

These lines were resignalled with Thales SelTrac CBTC to provide automatic train operation (ATO) in 2017, and the progression to Green CBTC should help SMRT contribute to Singapore’s goal of achieving net zero carbon emissions by 2050.

Train operations typically make up 60% to 70% of the total energy consumed by a metro system, with traction power representing 80% of this operations total.

Green CBTC algorithms enable the energy consumption of driverless trains operating in ATO to be reduced in a number of ways, including advanced coasting which exploits the gradient profile of a metro line to ensure that power is not applied on downhill sections.

The adoptive slow running feature looks at all trains running on a route, and modifies the speed accordingly to prevent a train coming to a stand and then consuming higher amounts of energy when starting.

Green CBTC can also coordinate arrivals and departures from stations, so that the energy returned to the traction power supply system by a train using regenerative braking can be used by other trains starting from stations.

In addition, Thales offers a peak limiting function, whereby an operator can modify operations to keep consumption below the threshold where more expensive energy tariffs would be applied by the supplier. Operators can also see the amount of energy their trains are consuming and simulate how this would change by modifying the service.

According to Mr Arnaud Besse, vice president, strategy, marketing and communications for urban rail signalling at Thales, timetable optimisation on the Dubai metro network has delivered a 13% reduction in energy consumption while lengthening journey times by a “very minimal” 3% to 4%.

“This joint development of the Next-Generation Green CBTC system on the North-South and East-West lines is a project that shows SMRT’s commitment to long-term sustainability and net-zero emissions,” says SMRT Trains president, Mr Lam Sheau Kai.

“In view of rising electricity costs, any reduction of energy usage in our operation will contribute to greater productivity and financial sustainability.”