SINGAPORE celebrated the opening of the third phase of the city state’s underground Downtown Line on October 21 with passengers enjoying two days of free rides on the now 42km metro route. 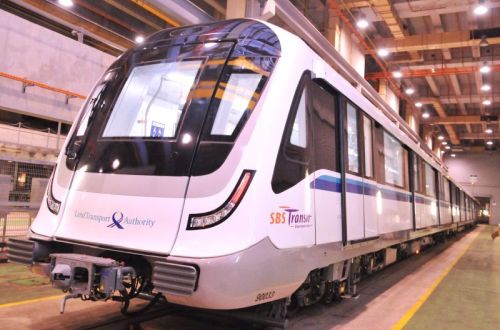 The third phase added 21km and 16 stations to the line, extending it from Chinatown in downtown Singapore to Expo in the east of the city state. The new section interchanges with the Circle Line at MacPherson and the East-West Line at Expo where passengers can change to services to Changi Airport.

Bombardier has delivered 141 driverless Movia metro cars for the line, expanding the fleet to 276 cars, or 92 three-car trains, and doubling ridership capacity to 500,000 passengers per day. Four of the trains will be fitted with an Automatic Track Inspection (ATI) system, which alerts the operator and can automatically trigger work orders for anomalies found on the track and the third rail during operation.

The trains are also fitted with a regenerative braking system, which transfers energy to a nearby train or station, and is estimated to reduce energy consumption by 2% per year.

Siemens delivered electrification and CBTC signalling on the line, which is operated by SBS Transit. Trains can operate at minimum 90-second headways.

For the latest information on metro projects from around the world, subscribe to IRJ Pro.