Singapore peoplemover to be upgraded 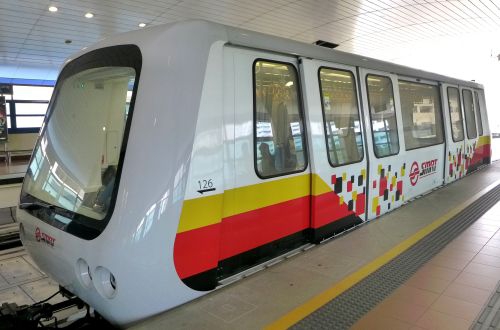 Singapore's Bukit Pangjang peoplemover is to be upgraded.

The contract covers the replacement of the existing signalling with a communications-based train control (CBTC) system. The 19 rubber-tyred peoplemover vehicles that have been in operation since the line opened in 1999 will be replaced by new Innovia APM 300 cars, while the 13 Innovia APM 100 vehicles that entered service in 2015 will be upgraded with the new CBTC signalling system. The renewed peoplemover will be equipped with condition monitoring capabilities to support system analytics and predictive maintenance.

The renewal work will commence in the first half of this year and will be completed in 2022.

In addition, the conductor rails will be replaced with an enhanced version. This part of the contract, including decommissioning of track circuits, will be completed in 2024.

SMRT, which operates the peoplemover, will trial a new contractual arrangement by engaging Bombardier to provide a long-term service support for the next 10 years. Under the contract, Bombardier will provide more expedient technical and logistic support as well as spare parts. Bombardier will also train maintenance staff and crew.

The 7.8km line, which has 14 stations, connects with the North South Line at Choa-Chu-Kang station and the Downtown Line at Bukit Panjang.