METROPOLITAN EAD, which operates the two-line metro in the Bulgarian capital Sofia, has awarded Siemens and Newag, Poland, a €140m contract to supply trains and signalling for the first phase of the new Line 3, which is due to open in 2019. 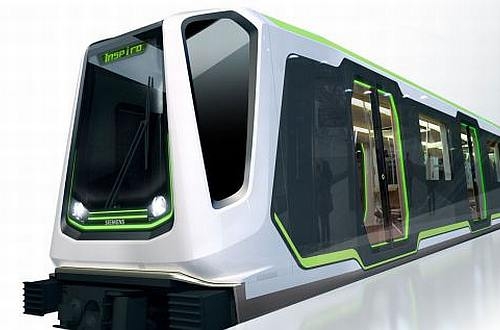 The two companies submitted the lowest bid for the contract in competition with CAF in August 2015. The order relates to the first 8km phase of Line 3 with eight stations which will eventually be extended to 18km with 18 stations.

The consortium will supply a fleet of 20 three-car Inspiro trains with an option for 10 more. Siemens will produce the car bodies at its Vienna plant and the bogies at its factory in Graz, Austria, while Newag will be responsible for final assembly, testing and static commissioning at its facility in Nowy Sacz, Poland.

The first phase of Line 3 will run from Botevgradsko Shosse to Ovcha Kuptel and will be entirely underground. The line will eventually run from Vassil Levski in the east to Knazyhevo in the west, interchanging with Line 1 at St Clement and Line 2 at NDK.

Peak ridership is forecast at 6500 passengers per hour per direction (pphpd) with a design capacity of 13,000 pphpd with trains running at 90-second headways.

Trains will be 60m long and platforms will be 100m long to accommodate longer trains if required in the future.