SOFIA Metro, Bulgaria, has begun operation of passenger services on the 7.8km Stage 1 of its 21km Line 3 metro project, following a ceremony at Medical University station on August 26. 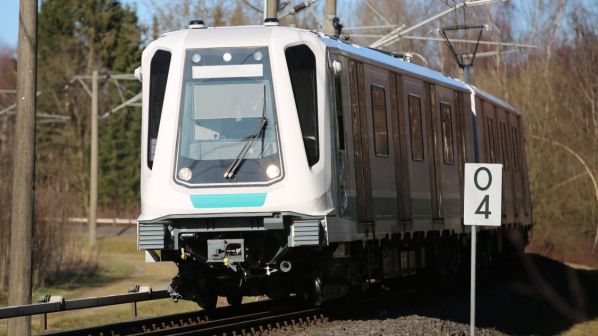 The line cost €398.2m and runs east-west from Hadzhi Dimitar, via NDK, to Krasno Selo. It includes seven stations and a depot on Zhitnitsa Street.

The line was originally planned to open in October 2019. However, the launch was delayed due to the testing of signalling and ATO systems, as well as by the coronavirus pandemic.

The line will be operated using a fleet of 20 Inspiro trains capable of speeds of 80km/h, purchased from a consortium of Siemens and Newag as part of a framework agreement signed in March 2016. The order was later extended through an option to include 10 more trains.

The contract also included the supply, installation and testing of CBTC, ATO and communications systems, as well as the installation of digital passenger information systems and half-height platform doors.

Funding for the project was primarily through a €321.8m grant from the European Union’s (EU) Transport Infrastructure 2014-2020 Operational Programme.

Stage 2 of the project, a 3.8km extension west from Krasno Selo to Gorna Banya, is scheduled to open in early 2021. Construction work has been completed, and testing is expected to conclude by the end of the year.