THE state government of South Australia and the Australian government have formalised an agreement that will see $A 220m ($US 163.3m) of federal funding provided towards full electrification of the 78km line linking Adelaide and the outer suburb of Gawler. 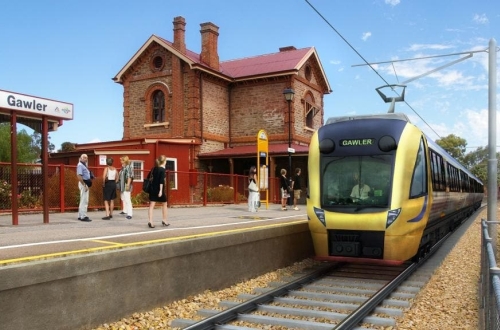 The future of the electrification on the line to Gawler has been uncertain.

The project’s status has been uncertain since it was originally announced in the 2008 state budget. Cost overruns and changes in federal government transport policy saw work suspended in 2014.

The state government signed a contract earlier this year with Lendlease to deliver Stage 1 of the electrification project, which covers approximately half the route length between Adelaide and Salisbury.

Following a recent change of state government and subsequent commitment of federal assistance, the existing contract with Lendlease had been extended to include Stage 2, which includes electrification from Salisbury to Gawler and Dry Creek depot, a new electricity feeder station at Kilburn and signalling upgrades with provision for Automatic Track Protection through to Gawler.

The $A 615m project is being jointly funded with the state government contributing $A 395m and the Australian government $A 220m and includes funding for the supply of 15 three-car EMUs. Full electrification to Gawler will be completed during 2020.