The agreement was signed in 2020, but was opposed by the Labor Party which has since won the South Australian elections. 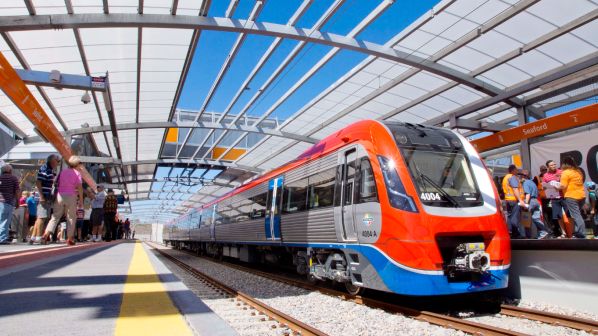 THE South Australian state government has allocated $A 1m ($US 697,549) in the 2022-23 state budget announced on June 2 to commission an inquiry to determine the most cost-effective way to exit its 12-year contract with Keolis Downer to run Adelaide’s suburban rail network.

The $A 2.1bn contract to operate the 130km Adelaide Metro commuter network, which began on January 31, was signed in 2020 with the previous Liberal government and was opposed by the then Labor opposition and unions. Labor won the March state election with a swing of 5.6%.

The new Labor premier, Mr Peter Malinausk, promised during the election campaign to end the privatisation contract. “We will not be acting recklessly; we will be prudent,” he says. “We will be delivering on our policy commitment.”

Meanwhile, the Liberal opposition says that tearing up the contract will cost taxpayers at least $A 70m, a claim rejected by the government.

The joint venture of Keolis (51%) and Australian engineering firm Downer Rail (49%), already runs public transport services in Victoria, Queensland and Western Australia. The partnership outbid Adelaide Next, a consortium of German Rail (DB) and John Holland, and TrainCo, a consortium of Transdev and CAF, for the Adelaide contract.