TRANSMASHHOLDING subsidiary Oktyrbrsky Electric Plant (OEVRZ) has handed over the first of a batch of 27 six-car metro trains for St Petersburg. 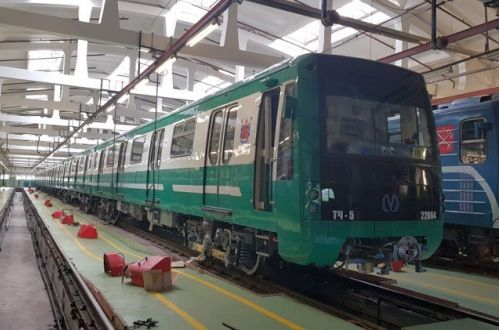 Each train is formed of two three-car sets, each comprising a driving trailer and two motorised cars. The trains are equipped with asynchronous traction motors, which are expected to reduce energy consumption by 30% compared with existing trains.

OEVRZ is also supplying 20 eight-car trains to St Petersburg under a separate contract, with deliveries due for completion in 2020.